Why Cheaper is Much More Expensive

When it comes to planning your wedding, you are faced with having to pay for many services and products that you’ve never bought before. While it might seem initially like hiring the cheapest vendors is the way to go, since you’re saving lots of money, but investing in the best vendors is by far a smarter strategy for your wedding planning. 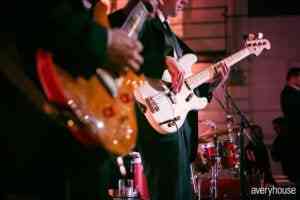 Still think that hiring the cheapest wedding vendors is the best approach?

Here’s the problem. Once you have all of these cheap vendors working for you, they will not have the experience or above-and-beyond attitude that you will need in order to see great results at your wedding. For example, if you hire a Chicago wedding band that initially costs so much less than a top professional like David Rothstein Music, you’re going to start to notice some problems. They won’t be getting back to you quickly. You won’t be able to customize the schedule as much as you’d like. They won’t learn to play special requests. They won’t give you an experienced, designated emcee to take care of announcements and introductions. The sound will be poor-quality and likely too loud. Worst of all, a large portion of your guests won’t be dancing. 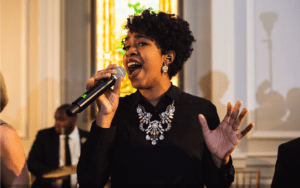 If you hire the cheapest Chicago wedding band, the music selection at your wedding will be generic and based on what is easiest for the band rather than on what you really want. When you hire top-quality professionals, you will get incredibly fast customer service, an experienced group of musicians that has been together for at least ten years, a full music company with all of the resources you need, a separate and designated emcee to take care of announcements and introductions, and lots of attention to detail.

Are you willing to sacrifice the quality of your wedding just to “save money”?

Think of your wedding as a series of investments instead of costs. Invest in getting a great band as opposed to having the expense of a cheap band. If only half of your guests are dancing and the emcee mispronounces your mother’s name, did you really “save money”? Read our reviews and see how often people say that even though we may have initially cost more than they have budgeted for, we were by far the best investment they made for their wedding. We know that you’ll say the same thing. 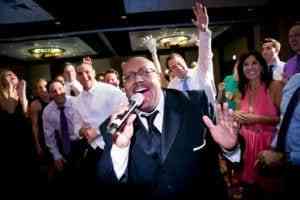 As with any service or vendor, you get what you pay for. For example, if you hire the cheapest photographer and your photographs turn out poorly, will you say, “well at least we saved a lot of money”? I’m guessing you will regret your decision and long soon forget about the money you saved.

Don’t be tempted by another band’s cheaper prices. Remember that if no one is dancing and your introductions are done incorrectly, your guests will forget about your spectacular décor and beautiful dress. Now THAT’S expensive. Here is a list of the top 10 things to look for when hiring a band for your wedding. Say yes to DRS!